Not Just a Whorehouse: Female Representation in Hell On Wheels 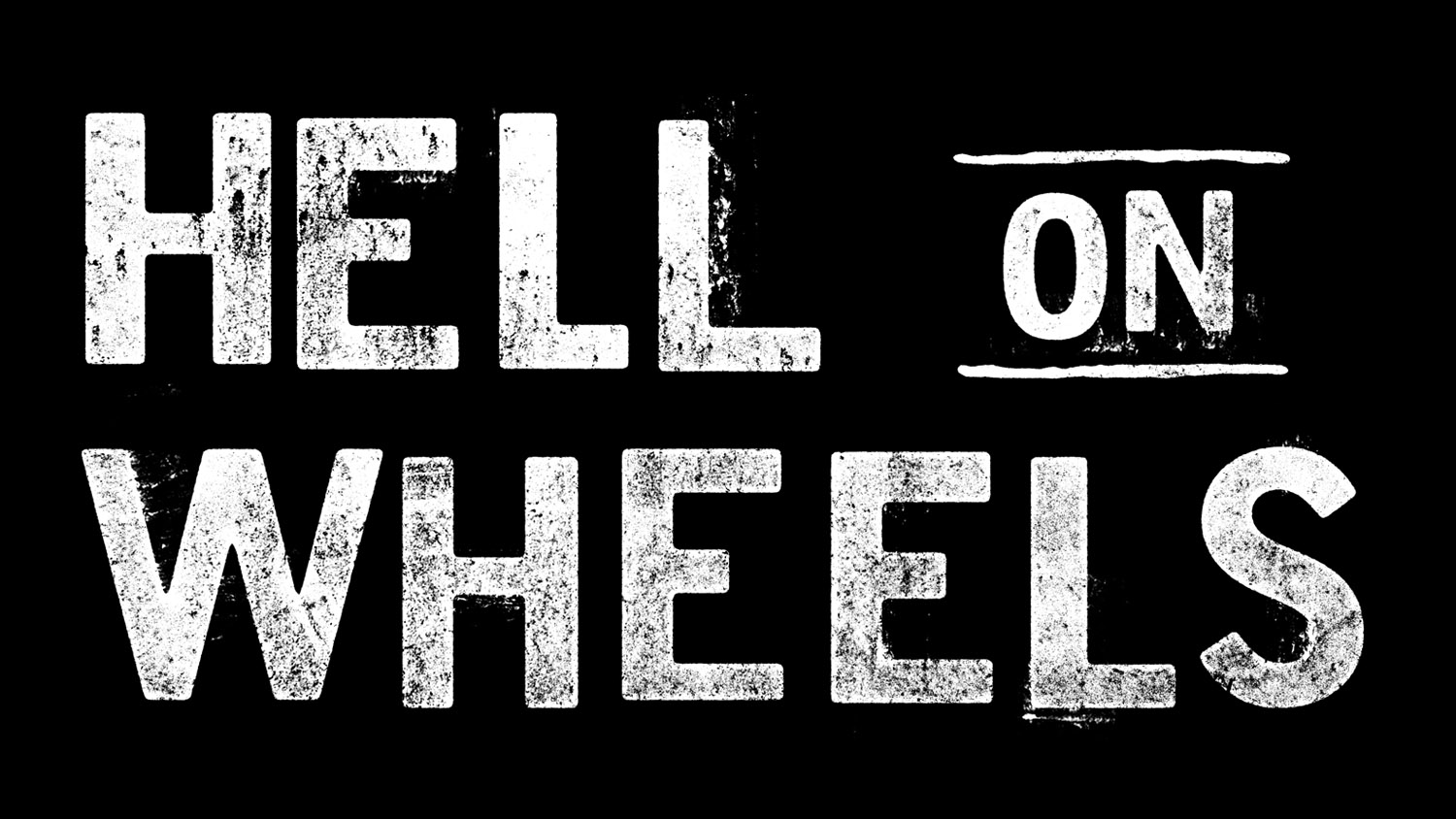 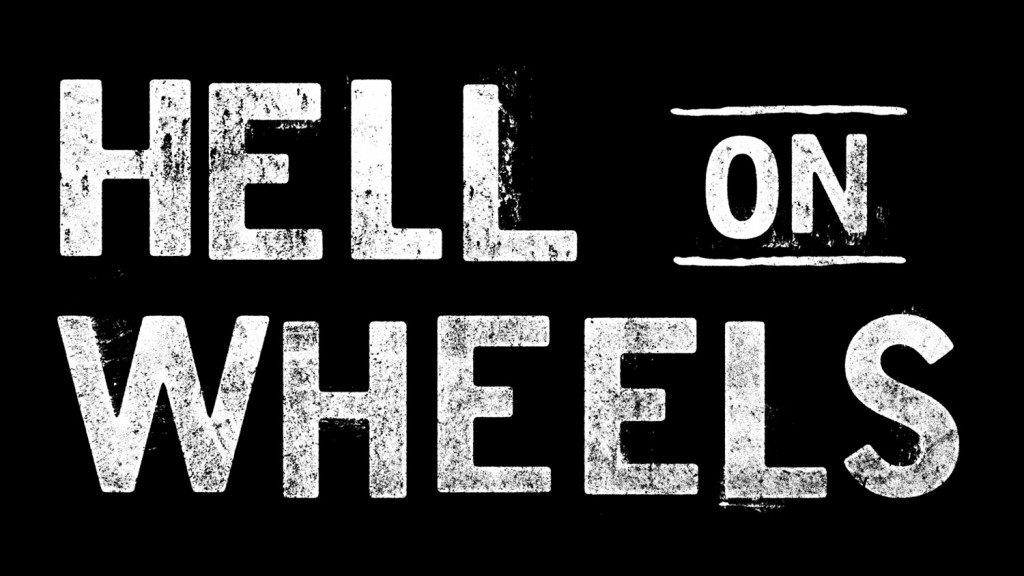 When we think of media representations of the Old West, we think of a hyper-masculine world filled with manly men like John Wayne and Clint Eastwood. It was in these same movies in which female characters were mainly found in the whorehouse or the saloon. The Old West woman was a one of loose morals, a feather boa, and a ribboned garter around her thigh. She was a characterture. There have been few substantial roles for women in the Old West film genre, a few of which include Katherine Ross as Etta Place in Butch Cassidy and the Sundance Kid, Cate Blanchett as Magdalena Gilkeson in The Missing, and perhaps (hopefully) Natalie Portman as Jane Hammond in the upcoming Jane Got a Gun. In Hell on Wheels, however, substantial female roles plentiful, prevalent, and often integral to the main storyline.

Once fitting the role of prostitute, Eva once lived (against her will) with the Mojave natives where they tattooed her face (see the real person, Olive Oatman.) Eva did not have much success in the Whorehouse, as many viewed her as tarnished by the Mojave – made evident by her facial tattoo. It was through her profession that Eva met Elam, and the two began a doubly controversial interracial relationship. Eva seems to really own her identity in that she doesn’t care that her life choices and relationships do not fit the social norms of the time, especially for a woman. In Season 2 and now in Season 3, Eva really begins to come into her own as a valued member of the Hell on Wheels town as a healer. Despite her rough life being kidnapped by natives, Eva is a compassionate character. Whenever someone is hurt, they are brought to Eva, as they know she has the knowledge of native healing methods. It is this same compassion that drives her to help and form a friendship with the English “fair-haired maiden of the West,” Lily Bell.

Lily Bell came to the American West with her surveyor husband. We are introduced to Lily through her intense experience of surviving a native attack, which resulted in the death of her husband, and fighting her own way back to civilization. With this introduction alone, we see up front the strong stuff Lily is made of – and I feel that it was this series of events that really made Lily a fan favorite. What endeared her even more with audiences was her business-savvy sense in securing her husband’s job as surveyor for the railroad. Lily quickly learns, and chooses, to fend for herself in the harsh, muddy world of Hell on Wheels. We see her eating the sub-par food she is not used to, putting floorboards in her tent, and conducting business with Doc Durant. What is so striking about Lily is that she could have easily returned to her life, away from the frontier, but she chooses not to. This choice is probably a combination of fulfilling her husband’s wishes and her own desire to make something for herself for once in her life. Lily’s relationship with Doc Durant was heavily debated as well, as Lily essentially used her own sexuality in exchange for keeping her position in the railroad business. For a woman, of course using one’s sexuality isn’t her first choice, but given Lily’s time and social context, I’d say it was quite out of the box for a woman of her standing. She was willing to do anything to keep her position in the railroad,, which shows her commitment to her new career and life on the frontier.

Lily’s relationship with Cullen, however, is solely for herself. There are a handful of beautiful, tender moments between Lily and Cullen and we really get the sense that they truly understand and accept each other – regardless of their histories. But in a world where there is no room for romance, this storyline is fleeting. To the contrary of many fans’ desires, Lily Bell was “fridged” at the end of season 2. “Fridged” essentially means that a woman is killed off in order to advance a man’s storyline. In Hell on Wheels, Lily’s death is only one more stake in the revenge-fueled coffin of Cullen’s journey. Because Lily was such a strong character, and so integral to the story, I believed that she wasn’t really dead. And because she was a fan favorite, many other viewers held the same opinion. But now that Season 3 has started, we know she’s not coming back. This fact still breaks my heart, as I really loved Lily and what she brought to the show. I really do think this story-choice was a misstep of the writers, as Cullen had already gone through the murdered-woman-revenge-fueled storyline. Dominique McElligott, the actress who portrayed Lily, has not given many interviews after Season 2 – and I feel like perhaps she wanted to leave to the show and that’s why she was written off? Or maybe I’m just still in denial about why she was “fridged.”

On a lighter note, we have the positive character of Ruth, the late Rev. Cole’s estranged daughter. On the outside, Ruth is God-fearing, sweet, and doe-eyed. But there is more than meets the eye, as Ruth engaged in a physical relationship with a Christianized native – Joseph Blackmoon. I found the relationship between Ruth and Joseph to be so interesting because this was, like Eva and Elam, not condoned by mainstream society. However, unlike Eva, Ruth keeps her relationship with Joseph secret. Alas, we see a woman who embraces her sexuality and desires, despite what her religion tells her to do. But feeling the watchful eye of God, Ruth ends her relationship with Joseph and takes up the mantle of the leader of the tent church after the death of her father. Before his death, Ruth was not afraid to speak her mind to her father about his alcoholism – again, this action is indicative of someone who is confident and in control of her life. In the latter part of Season 2, however, Ruth seems to slide a bit. She catches the eye of Sean McGinnes, and despite his advances and eventual marriage proposal – she denies him. Again, we have a woman choosing a path less traveled. Alone after the death of her father, Ruth could have easily found security in a marriage to the wheeling and dealing Sean McGinnes, but she chooses her faith instead. And, if my hopes for her character are realized, she’ll still figure out a way to be with Joseph again despite the whites/natives tensions. Like Lily, Ruth chooses to live independently and to not overtly ask for help from a man.

Yet another woman who has chosen the hard road is Season 3’s new character, Louise Ellison. We haven’t learned much about Louise’s backstory yet, but we do know she’s a journalist who isn’t afraid to get her hands dirty. Like many of the aforementioned women, Louise seems to have chosen to go out West by herself despite the dangers. I am hesitant in accepting Louise, however, as I am scared she might be used as a “quick fix” replacement for Lily (which no one can replace!) If there truly is no room for romance in this show, then hopefully Cullen and Louise will not have a token romantic relationship just because he might recognize the same strength in her that Lily had.

Another new, intriguing female character to the show is Maggie Palmer. A widowed cattle-farmer, Maggie has been seen making business deals with both Doc Durant and Cullen. Although we don’t know much about her yet, I expect that Maggie is in both these deals for herself, as she seems to be made from stern stuff. For example, when Cullen brought the dead man into the saloon to sit across from Doc, Maggie amusedly sipped her soup from a few tables away while all other patrons scurried out. Maggie also reminded me of Hannah Durant, Doc’s wife. We briefly got to know Hannah in season 2, and learned she was a no-nonsense kind of gal. That being said, Hannah did not seem to approve of Lily’s involvement on the railroad. Perhaps her motivations for this disapproval steamed partly from jealousy (although I wouldn’t take her as someone as petty as that, as I’m sure she’s used to Doc’s ways) and partly from holding a more traditional view of a woman’s role in society.

I think it’s fair to say that Hell on Wheels passes the Bechdel test compared to other media incarnations. Most importantly, most of these women are not charactertures or tropes. They are written simply as people trying to survive and make do with whatever means necessary in the unforgiving American frontier. Looking ahead, I can only hope that Hell on Wheels continues its humanized representation of female characters. (What a revolutionary idea!)