What the fuck time? Slow down

Home » Michael Stevens » What the fuck time? Slow down 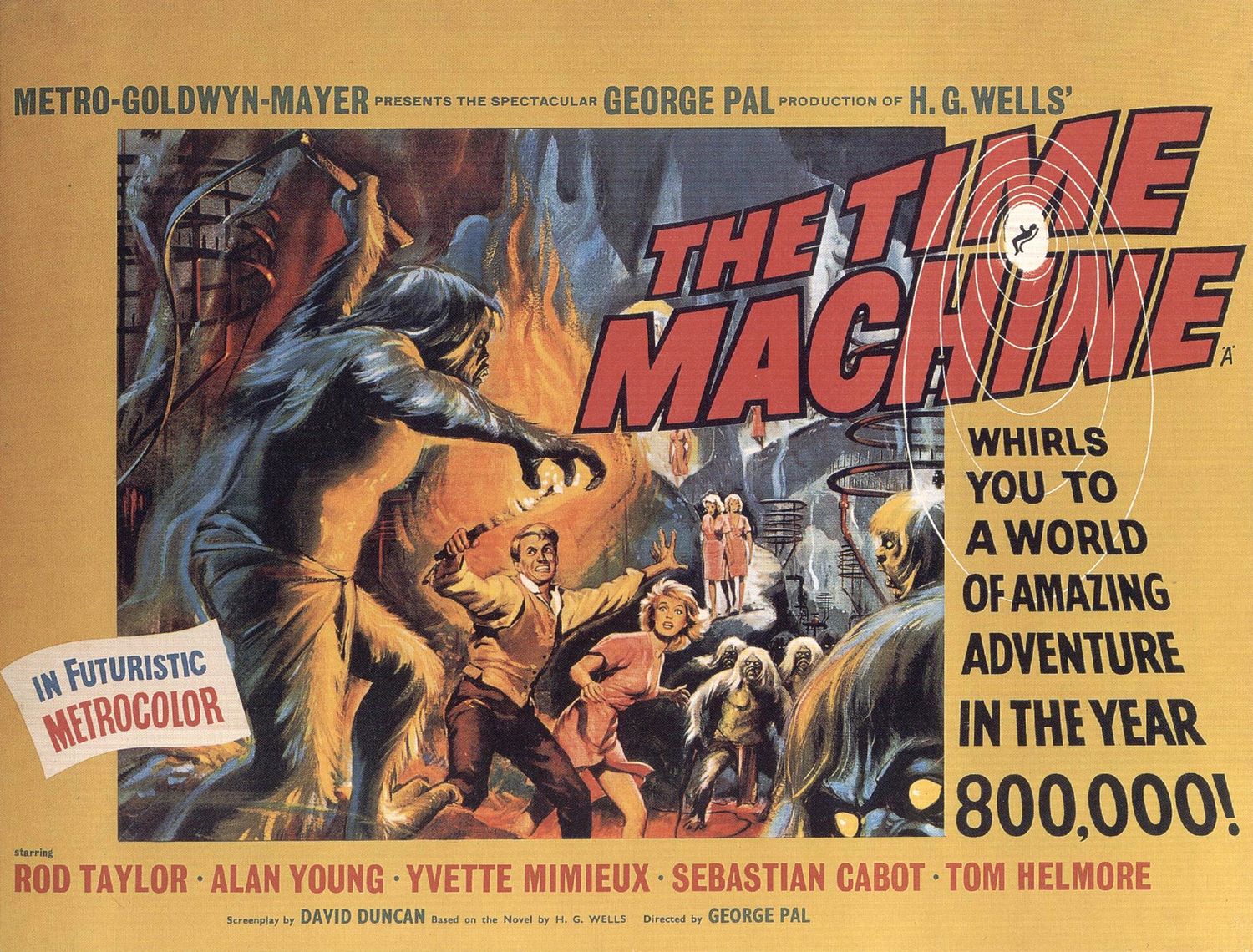 A year ago at this time, I’d be skipping class, drinking shitty vodka, laying on the quad, texting my parents for money. I’d be wearing shades, canvas slippers, man shorts and a sleeveless shirt with the holes ripped extra wide from armpits to my waste. I’d actually be seen by people like this. Perhaps I’d be feigning some alien brand of confidence by lifting girls up from their walks to class and relocating them in the dining halls. I guess that was how I tried to flirt? Why? Why did all of this happen? In the words of my former self “It’s FUCKING spring.”

I went to Manhattan College, like many of the people on this blog. They probably know what I’m talking about. The seasonal changes of MC, marked certain transformations in my disposition.

Fall was always wonderfully nostalgic. The colors: the reds and pale oranges of the leaves with the deep greens of the quadrangle always reminded me of some quaint-sugary-sweet-college-movie-soundtrack. Something that mixes 60s folk music with Rilo Kiley songs. It’s just such an innocent time filled with mystery, solitude, and hope for the future. This time of the year is pregnant with meaning until the first night that I get totally wasted before Halloween. Then the rest of the semester is me catching up on my shit load of papers. I’m in the library until ungodly hours. I really pressed for time, but I still find enough time to accidentally end up at a party that I said I wasn’t going to. I have no money to spend on food, but I scrounge up enough to bring a 40 with me to the aforementioned party, because god forbid I show up to a social event semi-sober. These are my problems.

Winter will fly by, and so will finals and final papers. I won’t sleep for two weeks. To aid my studying and writing, I will load up on coffee and Adderall. Because let’s face it, I will NOT pass this semester without Adderall. What a wonderful pill. I’ll crunch it up into an orange juice and fly high on my thoughts for a day and a half. When that wears off, I’ll save my other pill for the end, and fuel up on coffee and bagels. I will put nothing but shit into my body, because I’m young and I can get away with it. My worst problem in this life is getting a bad grade, or handing in a paper late, and at this point, I’ve already become really good at bargaining with professors. I’m a senior. I deserve a B- in everything, but because I’ve had these professors already, they are going to commiserate with me. They’ll ask me how I do it as I rush to them on my cloud of bullshit and caffeine.

Christmastime comes and I get stir crazy. New Year’s comes and I black out. I swear never to drink again.

I stay on campus during winter break. I start to feel like the campus belongs to me. I work on campus and I survive on some holiday money that I use to get bread and tuna salad shit. I could conquer the world with those things. For a while, I feel like all I’ll ever need is bread, tuna salad, and my dying laptop.

School starts and it’s still cold. I don’t make any plans to work. Spring semester work isn’t really even work. When people go out, I go out. I hit on the easy freshman girls and buy them the cheapest drinks… I’m not gonna invest in an underclassman. Let be real. Some of my friends call me a creep and I say we’re all creeps. Four years is no difference. I creepy guy to my left overhears this and applauds me. He is old, about 50-something. He’s got balding grey hair and he’s wearing a green sweat shirt under a brown, dirty vest. He’s got yellow teeth and really bad breath, like he gargles whiskey. This fuck buys me a drink and I feel like a creep. I see a girl I hooked up with in the crowd. She probably who I should be buying drinks for, but she’s talking to some hip douchebag. Whatever. I’m out of money so I drink from the fist-sized flask I brought with me.

Then comes the first day of spring. I’m only looking at asses in maxi dresses. Do all girls get like an email notification? Christ. And here I go. As JT says in Alpha Dog, “let’s run though some shit.” Spring is just nice enough for me to show up late to EVERY class. I feel like I’m in a late 90s teen movie. And this season, I am not thinking.

And I feel it all slipping away from me as midterm roll by. I try to think about what I learned. I go to bars and awkwardly try to hookup with girls I have class with. I’m brown-out status right now, so I think I kiss a girl who is way hot. I will friend her on Facebook the next day. She will not accept. I’ll digitally stalk her and find out deduce that she only kissed me because she thought I was gay, and there was a guy around that she didn’t want hitting on her. Holy shit, she’s a cheerleader! I brag to my friends and omit the details. I fool myself into believing that I’m going to begin a hot streak.

I invite a girl from my class to watch Midnight In Paris. We drink cheap scotch from my personal bottle. It usually lasts the week, but I’m trying to make out with this girl so I make sure we are socially lubricated. The watching leads to talking which does not lead to making out or sex, just talking. We talk. As I try to seduce her with my English-y-ness, I realize that instead of seduction, I just vomit loads of shit, load of fucking baggage about my ex-fling from junior year. I realize quickly that I’ve never been in any real relationships. I wonder if my life is even a real life. I have some small victories. Some failures. Most of my collegiate life has been marked by non-trys and non-attempts. I’m in stasis. This girl has every right not to hook up with me.

I talk about stasis with my friend at a hipster college party. Sorry, this is a few weeks later. The end of April. He calls me a homo, a big ole’ gay boy. I drink cheap whiskey. I see the girl I hooked up with. The one I saw in the crowd. The one I should buy drinks for. (Let’s face it, the only “one” that could exist for a functioning alcoholic is the one I share booze with.) I confront her about the hipster. She confronts me about being a child. She tells me about how we only have a few more weeks before our whole world ends.

“Why are you wasting it trying to hit on fucking teenage girls?”

She laughs. We drink and listen to collegiate poets read about their exes. All the white people look hilarious dancing to James Brown. It’s hilarious because everyone at this party is so drunk that they are now genuine. Is this why I drink? If my drinking habits are an essay, is that the thesis?

We go to An Beal. We’re both black out. I see the creep in the sweat shirt. He offers us both drinks. I black out. I grow up.

A few weeks later graduation comes. I remember what my older brother said about how he was drunk, so I intend to do the same. I take two shots of vodka and put on clothes that I know my mother will hate. My last flares of immaturity need to burn out of me somehow; I have work tomorrow. (God why am I doing this to myself?)

Graduation happens. People cry. I avoid it. I avoid pictures with people. I get my diploma and get out. I made it. God. I then wonder why we aren’t going out to eat. My brother got to go out when he graduated.

I think I made it out alive. My family tells me it’s all over. My fear shows. I run upstairs to cry in my sister’s room. I sob the hardest I’ve sobbed since 2008.

Yes, I know, even for a fictional version of myself, I was an asshole back then. This year I got up at six and put on my cardigan sweater and my tweed jacket. I’m so bundled up these days. I don’t have enough time to think about it. I get on the train and go to work.

Most of the day is me looking busy. I play with numbers. I do little things for other people. I’ve got a few opportunities on the queue, but regardless, I’m looking forward to a little more money. Because I’d rather atrophy than ask my parents for money in this real life that I live.

I take my lunch break late. I go outside and realize that the thermal/shirt combo I have is actually too much. Holy shit, it’s spring again and I’m not dead. I would be happy about it if I was the person I used to be. I’d see it as some sort of accomplishment.

But it isn’t. It’s just life. Spring now means that I can ride my bike after work until it gets too late.