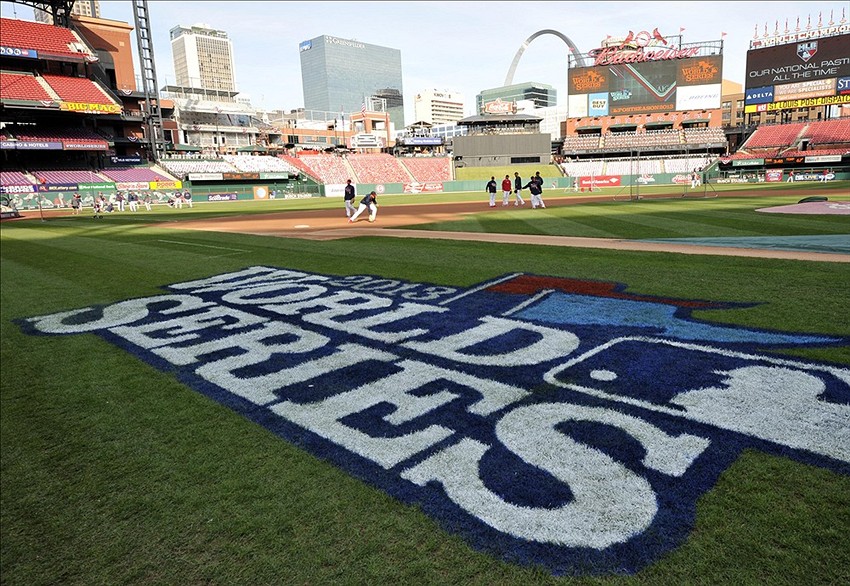 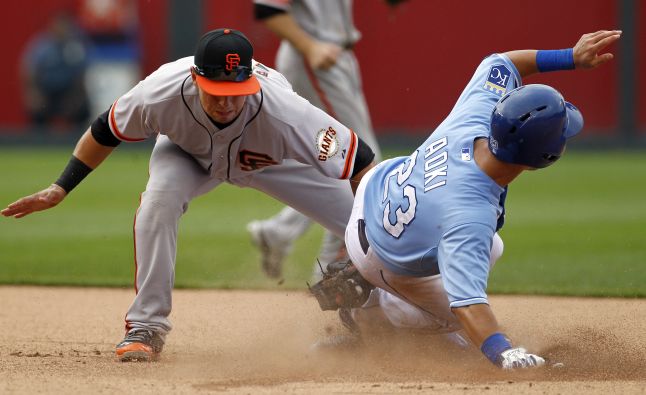 After 29 seasons from their last postseason appearance, the Royals have been making up for lost time and trying to give their fans 3 decades’ worth of thrills in on postseason. They have been on a magic carpet ride in the playoffs. They were down 7-3 in the eighth inning of the Wild Card Game against Jon Lester who has been a great postseason pitcher. Moreover, he owns a career 9-3 record with a 1.84 ERA and 1.07 WHIP against the Royals. Despite insurmountable odds in that moment, the Royals rallied to win that game. They have been unstoppable since that game. They swept the Los Angeles Angels in 3 games in the ALDS and the Baltimore Orioles in 4 games in the ALCS. The Royals are the first team to win their first 8 postseason games. While they have already defied the odds to make some history, they will also have to overcome some recent history to win the World Series. The last three teams to sweep the LCS have done very poorly in the World Series. The 2006 Detroit Tigers lost in 5 games to the St. Louis Cardinals. The 2007 Colorado Rockies were tied with the San Diego Padres after 162 games in the regular season. As such, they played a 163rd regular season game for the chance to get into the playoffs. In reality, it is a playoff game which is technically classified as a regular season game. The Rockies won it in a thrilling 13 innings in similar dramatic fashion as the Royals did this year. The Rockies went on to win their first 7 postseason games as they swept through the NLDS and NLCS before they were swept by the Boston Red Sox in the World Series. In 2012, the Tigers swept the ALCS again when they defeated the New York Yankees. Then, the San Francisco Giants did the same thing to the Tigers as they swept the World Series in 4 games. Whether it is being cooled off or rust setting in because of the long layoff between the World Series and ALCS when those teams won the ALCS early, they were terrible in the World Series. As such, the Royals will need to keep on defying and overcoming the odds set against them. They are also looking for their second World Series Championship. The first was in 1985, which was the last time they were in the playoffs.

The Royals’ brand of small ball has been very effective in the postseason. They use their ridiculous athleticism to make amazing defensive plays. It also helps them on the base paths. While stolen bases is the stat that gets counted, speed has a more tangible effect on the game in terms of taking extra bases on hits and productive outs. It allows a team to score on fewer hits and puts pressure on a defense. The Royals have excelled at it. Nevertheless, they have also featured the homerun ball during the playoffs. Despite only hitting 95 homeruns in the regular season, they have 8 in the postseason. The postseason is a small sample size and amplifies the importance of getting big hits in key situations. As such, the Royals’ ability to score in all these ways is critical to their success. Eric Hosmer has been the star hitter for the Royals in the playoffs batting .448 with .556 OBP, 2 homeruns, and 8 RBIs. He was hyped as a superstar prospect. While he has not lived up to the expectations, he is immensely talented and showing it in the postseason. Lorenzo Cain won the ALCS MVP mainly for his incredible defensive plays. His circus play dazzles fans and demoralizes opposing hitters.  He has also hit .353 in the playoffs. The Royals best player is Alex Gordon and he has come up with big hits with 1 homerun and 9 RBIs. Mike Moustakas is very inconsistent in his career and can be clueless at the plate at times. However, he has found his homerun swing in the postseason and leads the Royals with 4 homeruns so far. The Royals will need these key contributors to perform in the World Series.

Overall, the Royals pitching has done great in the postseason with a 1.11 WHIP and 2.93 ERA. The starting pitching has been good enough and the bullpen has been lights out. The trio of Kelvin Herrera, Wade Davis, and Greg Holland has given up only 3 runs in 26.2 innings while striking out 30. Having these three relievers completely lock down the games late is one of the most critical reasons the Royals have won so many close games. While Holland has incredible stuff as the closer, Davis may be the best reliever in the trio as the setup man. He is a great luxury for Ned Yost because he can put Davis in at the highest leverage situations against the best hitters during the 7th or 8th inning. In terms of the starting pitching, Royals ace James Shields leads the way but needs to do better. He has a 1.63 WHIP and 5.63 this postseason. His playoff career numbers have not been great. The Royals need Shields to matchup with the Giants ace, Madison Bumgarner. Since Shields is in a contract year, a big World Series will help him secure a monster contract.

The Giants play ugly and win ugly. Their formula has clearly worked. They have won 2 of the last 4 World Series and will try to make it 3 out of 5. Game 4 of the NLCS is a microcosm of how the Giants play and win. They entered the 6th inning trailing 4-3. Juan Perez worked a leadoff walk. Then, the Giants utilized productive outs and an error to score two runs to take the lead without the benefit of a hit. They are a scrappy team that finds way to win games. If you give them an opening, they are going to come through it. While these Giants teams are not as talented as the New York Yankees dynasty in the late 90s, they share a lot of similar qualities in the way they find unique ways to win, are poised, and battle to the end. The architect of the Giants, GM Brian Sabean, was a scout with the Yankees when they put together some of the key pieces that fueled those great teams. He is credited with drafting or signing Derek Jeter, Mariano Rivera, Jorge Posada, and Andy Pettitte. With a third championship in five years, the Giants will stake their own claim as a dynasty.

Up and down the Giants lineup, there are hitters who are comfortable with whom they are and play like it. They are gamers who do not panic and are ready to take advantage of the mistakes of their opponents. They have a good mix of veterans and young players. Pablo Sandoval and Buster Posey continue to lead the charge in the postseason batting .326 and .302 respectively. Hunter Pence is another scrappy veteran in the middle of the lineup. He has won the affection of Giants fans with his bearded look and tough play. The young middle infield, Joe Panik and Brandon Crawford, have shown the same poise as the veterans and come up with key hits. A couple of surprises have been Brandon Belt and Travis Ishikawa. Belt is a very talented player who begun to break out at the beginning of the season before he was derailed by injury. He is contributing in the postseason batting .286 with a .409 OBP. In terms of Ishikawa, he made a move to left field at the very end of the season to help the team. While he misplayed a ball in the outfield in Game 5 of the NLCS, he redeemed himself by hitting a walkoff homerun to send the Giants to the World Series. This lineup may not have the marquee names outside of Buster Posey but they will battle you from top to bottom. 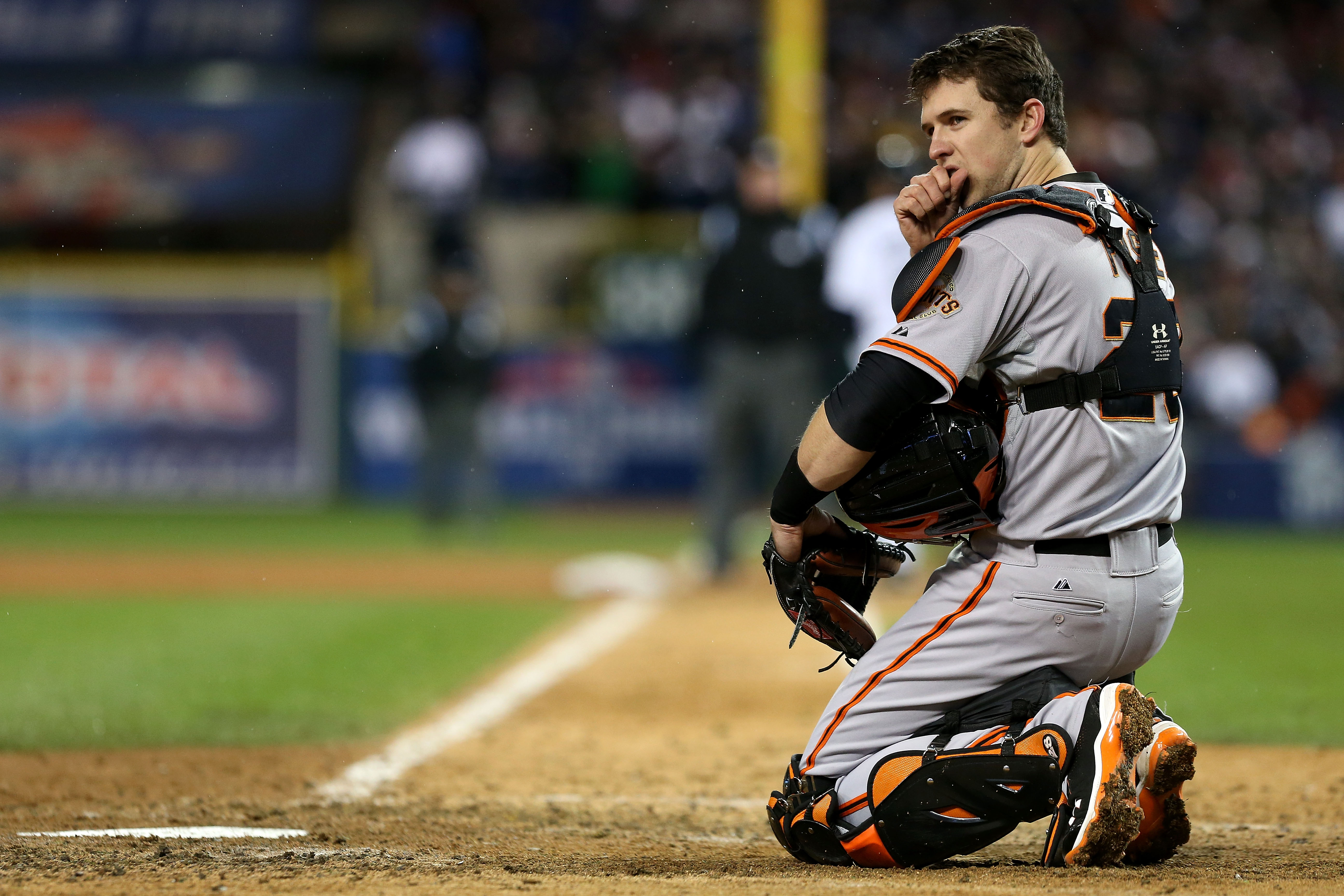 The Giants are built on pitching. They are pitching great again in this postseason with a 0.95 WHIP and 2.18 ERA. Tim Lincecum and Matt Cain were the aces in the first two championships. Lincecum has regressed dramatically and is not the player he once was when he won two Cy Young Awards. He is demoted to the bullpen and has yet to pitch in the postseason. Cain was lost to injury during the regular season. Madison Bumgarner is now their clear ace. Lincecum and Cain are successfully replaced by veteran starters, Tim Hudson and Jake Peavy. The Giants also have a strong bullpen. Santiago Casilla, Sergio Romo, Javier Lopez, and Jeremy Affeldt have been a part of this Giants run in the last five years. Casilla has been lights out as the closer and has not surrendered a run in over a month. Manager Bruce Bochy is comfortable relying on these veterans. He has been masterful in managing his bullpen and working the matchups. They also tried to elevate Hunter Strickland’s role in the playoffs because of his power stuff. However, he has given up 4 homeruns this postseason and I would stay away from him in the most critical situations.

While it may not be the sexiest teams in the World Series, it is a very intriguing matchup. The teams win in similar manner. These teams are built around pitching and defense. On offense, they might not score a ton of runs but they are scrappy in scratching enough runs to win the games. They are great in close games and find ways to win. The Giants are the veterans who have been winning in this style for years and flash two World Series championships as proof of their success. The Royals are the new kids on the block that learned very quickly in this postseason. They may not have the experience of the Giants but they are a lot more athletic. As a result, it is the wise, wily veterans versus the young, gutty upstarts for the World Series. We shall see whether experience or athleticism wins out.

The Royals are a great story and red hot. On the other hand, the Giants have championship pedigree and will not be rattled by the Royals making spectacular defensive plays and manufacturing runs. The Giants will remain calm and respond. The long layoff also worries me for the Royals chances. They were so hot that it is a shame that it will be almost a week since they clinched the ALCS. Of course, recent history has not been kind to team s that sweep their way to the World Series. The 2006 Detroit Tigers committed a ton of errors in the World Series. It is my fear for the Royals. Despite their ridiculous highlight reel of defensive plays, they also committed a lot of errors in the much larger sample size of the World Series. I also favor the Giants starting pitching. While the Royals pen has nastier stuff, the Giants pen is just as effective. The Royals have yet to lose a game in the postseason so I wonder how they will respond if they lose a game. Things tend to snowball as the team trailing in the series starts to press. The Giants can clearly handle it. While the Royals faced the 7-3 deficit in the Wild Card Game, I need to see how they respond if they fall behind a series. For all these reasons, I am selecting the Giants. Giants in 6.