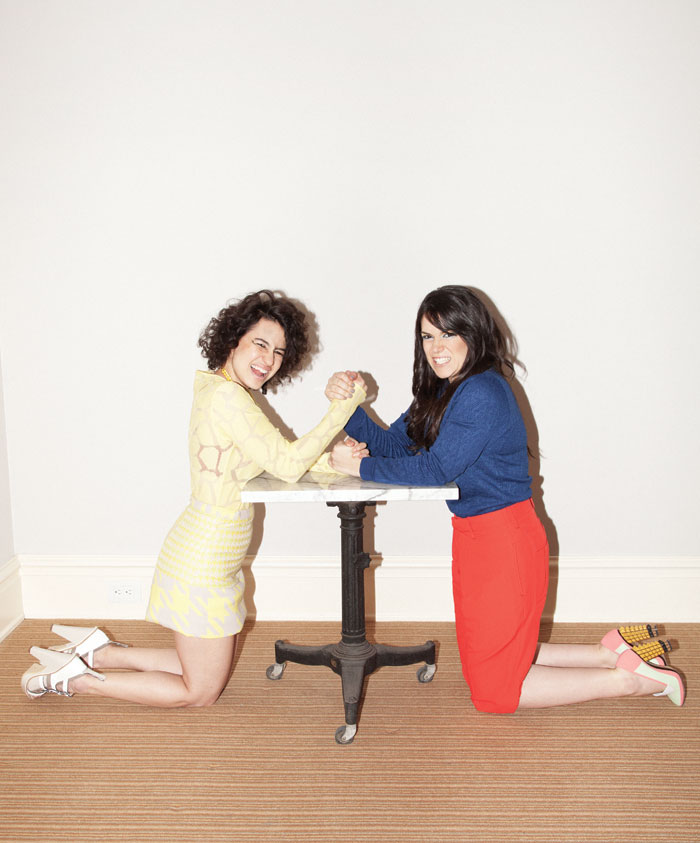 I first heard of “Broad City” the day after it premiered on Comedy Central. The influx of text messages telling me I need to watch it was enough of a reason for me to tune in because really, I had nothing better to do. I really didn’t know what to make of it, so much so that I had to watch it again just to make sure I understood. It was helpful that I didn’t know Amy Poehler had her hands in it until after I had viewed it because I would have been compelled to like it, even if I didn’t really.

Originally a web series, the show starring two UCB-ers was picked up by Comedy Central with a helping hand from UCB vet, Amy Poehler.  Really, a dream come true for two struggling female comedians living in NYC who I now envy even though I don’t do anything to pursue comedy. This show follows the two 20-somethings through their everyday life in NYC (no, it is not reality).

After my first viewing, I immediately thought that it was a less-Brooklyn rendition of GIRLS (minus the nudity and motivation). I had mixed emotions about the two main characters throughout the half-hour of awkward/unrealistic scenarios but I found myself laughing out loud on more than one occasion. They had an all star cast for their pilot that really contributed to me loving the episode. Fred Armisen played a creep who acts like a baby when it comes down to business. Without giving too much away, I almost needed a diaper when I saw him in a diaper. But my favorite cameo was by far Hannibal Buress who was deemed as the “stage 5 clinger” to one of the main characters. I’m hoping to see more of him in the future, even though it was made clear there was no commitment between the two.

Of all things I liked, I found myself having some qualms with the Broads of “Broad City”. I’m all about girl power, doing what you want, and owning what you have, but these girls lack some serious motivation. The episode takes us through a day in the life of Abbi and IIana where they leave their jobs to try and make a quick buck to catch Lil Wayne in concert.  I understand that most of the comedy stems from their “I don’t give a fuck” attitude but it doesn’t seem feasible. NYC is one of the most expensive cities to live in and and they make their living cleaning at a gym and working for a startup that doesn’t pay. Yet, they could afford to leave work midday to dick around? I’m an advocate of fucking up in your 20’s but this just seems to be pushing it. Where’s the motivation at ladies? They also went to a complete stranger’s house to clean in their underwear to make $200. That shit would never fly. Haven’t you ever heard of stranger danger?

Maybe my negativity stems from the fact that I compared it to GIRLS because they fall into the same category of  “I’m in my 20s, what am I doing with my life?” but really, I should treat the shows as their own. Every 20- something should be created equal, right?

That being said, I’m excited to see what situations these girls get caught up in this season.