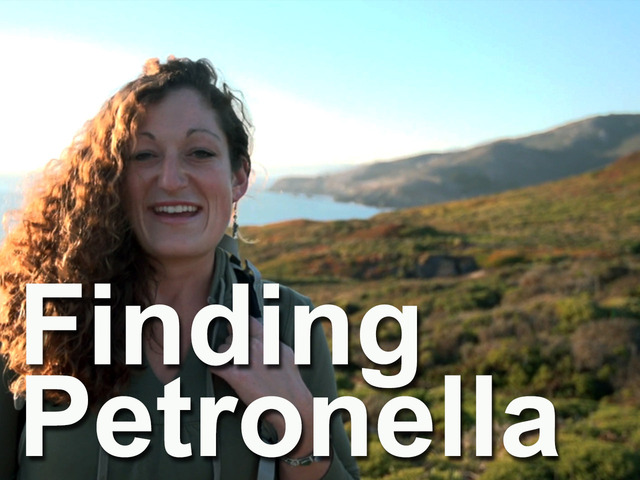 This wasn’t in a romantic sense, but it was a moment that left an impression nonetheless. It was August, the beginning of an academic year, and my teammates and I were attempting to herd a group of freshmen who had expressed interest in joining our club teams down to our first joint practice. The catch: this practice was off-campus, and unfortunately, we did not have nearly enough vehicles to transport the crowd that had gathered that afternoon. We urged them to pack into backseats, hop into trunks, and sit on each other’s laps so as to avoid a return trip, but they looked back at us cautiously, waiting for someone else to initiate movement and perhaps a little weirded out by the overzealous semi-strangers beckoning them to get into their cars. They weren’t budging. How could we possibly convince them to commit to a socially-driven club sport if we couldn’t even get them to squeeze into an automobile?

“I’ll do it!” said the curly-haired blur as she leaped into the trunk of a waiting SUV.

And that was the first time I met Jenny O’Connell.

As I said, I met a girl, who, at the time, wasn’t even old enough to vote. But in the near-decade that has passed, I’ve come to be friends with a remarkable woman. It was clear from the beginning that Jenny was unique. Silly enough to pull pranks on upperclassmen but gracious enough to accept the inevitable retaliation. Forthcoming enough to start dance parties with strangers but approachable enough to lend a comforting shoulder to a friend in need. She would take time out of her schedule to do something genuinely kind for a simple acquaintance, not because it would benefit her in any way, but because it was the right thing to do. There are countless people that consider Jenny to be one of their closest friends, not because she is one of those frivolous, superficial girls on Facebook with 50 different “besties”, but because she is the type of person who in conversation makes one feel like they are the only other human being that exists.

She is also the type of person that doesn’t seem to comprehend the word “no”.

When Jenny was an undergrad, her advisor told her she couldn’t study abroad because of the demanding nature of her program, that it meant she wouldn’t graduate on time – or maybe at all. She responded by spending the semester in Volos, learning passable Greek, and graduating with the rest of her class. When Hurricane Irene was making landfall on the morning of my wedding and I was spending the day trying to coordinate rides amongst people who I suspected would have difficulty getting down to the mid-Atlantic region, I arrived at her name on the list and decided, “If anyone will find a way to get here, it will be her.” Of course, she proved me right. If anyone will find a way to accomplish something wildly adventurous and mildly absurd, it will be her.

These days we don’t see each other as much as we used to due to our own busy lives and vagrant travel schedules, but fortunately managed to catch up for a bit earlier this month when our paths crossed on the shores of Oahu (I live a charmed life). At one point, our discussion turned to her latest project and passion,Finding Petronella, a journey and a book she is hoping to fund on Kickstarter through the link found here, and something I strongly encourage you to contribute to along with the many others who have already shown their support for this artistic endeavor. Having both seen the site and heard about the plan in person, I exchanged a few emails with Jenny to get some of her additional thoughts on the project.

How did you first meet Petronella Van Der Moer?

I met Petronella sort of by accident.  Last spring, I was facing the decision of whether or not to attend grad school for writing.  One day, I decided on a whim that I would bring dinner to my friend Solange, whom I had met up at her ranch through a close friend.  She was taking care of her aging mother, Petronella, and I knew it was hard work.  We shared a quiche and I sat, intimidated as all hell, while Solange’s mother chewed her food and stared at me.  After about 45 minutes, Petronella turned and slowly, carefully, spoke her first words to me: “I walked to Lapland.”

Out of all of the words in the English language, she had chosen these four for me.  I went home that night with butterflies in my stomach and a crazy idea in my head.  My way of separating a good crazy idea from an impossible idea is to sleep on it, and see if it is still a good idea in the morning.  I slept on it for a week before deciding to lean into the skid, and put off grad school to walk across Finland.  It was clear that this was the way my life was pulling me.

Is there anything about Petronella’s story or persona that you also see in yourself?

Sure!  We both are strong, empowered women who are passionate writers and are prepared to carve our own path.  But I think our greatest similarity is our adventurous spirit.  One afternoon, Petronella was telling Solange and I about her journey.  “You have to be a daring-do person,” she said.  The comment was proud – almost doubtful – and I could feel every cell in my body rearing to rise to the challenge.  Solange said, “Jenny is a daring-do person, Mom.”  I hope to live up to that.

Your mother is a strong, independent-thinking woman as well. How did she react when you told her about this idea?

I remember her saying, “well, at least it’s not Somalia…”

Both of my parents are forever supportive, though I think that somewhere deep down they are a little worried they’re going to get a phone call one day that I’ve eloped to Egypt and they are about to receive 1,000 camels in the mail.  Finland feels far for them, but they are ecstatic about my choice to become a writer, and excited about this story and my project.  Quite honestly, I credit them for giving me the moxie it will take to fulfill this project – their love and support makes me feel like I could do anything.

Which aspect(s) of the journey do you feel will be the most challenging? Alternatively, which part(s) are you most looking forward to?

There is a saying: “An introverted Finnish person looks at their shoes.  An extroverted Finnish person looks at your shoes.”  I would only be partially joking if I said I was nervous about the lack of hugs in Finland.  I have a warm, outgoing personality, and gain energy and purpose from my interactions with people.  Give me stampeding moose or raging rivers, but the idea of trying to charm a country of people who are reportedly uncomfortable in social situations into interacting with me is a little bit terrifying.  By the same token, the part I am most looking forward to is meeting people along the way who have been touched by Petronella’s journey, and sharing our stories.  Petronella left many friends in her wake, and I hope I can do the same.

What do you hope to accomplish with your book? How do you think it will inspire others?

I hope to do whatever any good creative nonfiction writer does: tell their truth in an original way.  I see this journey as my way of drawing a line in the sand, of taking a real stab at writing, and giving it the emphasis in my life that it needs to grow.  But more than anything else, I hope that my writing inspires other people to create something of their own, to step outside their comfort zone and push themselves to do something they really care about.  That’s the only way I know how to be fully alive.

I had a joke here about reaching the Finnish Line but it probably wasn’t funny. What’s the most useful Finnish phrase you currently have in your vocabulary?

Jenny, as always, it’s been a pleasure. Thank you for your time.

For the readers, please consider supporting the creative process of what will surely be a tremendous adventure and subsequent novel by a budding young writer. Again, that link is found here: