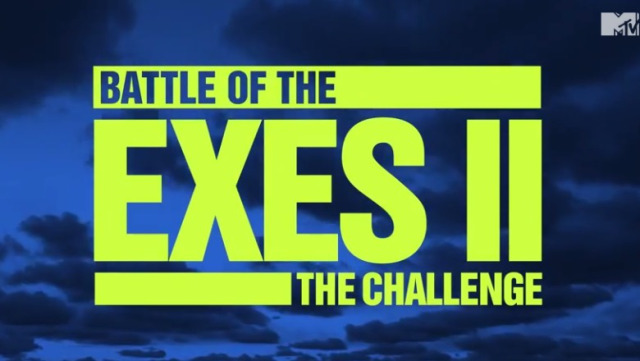 As most finals go, TJ explained that the theme was Troll-related and each team had to conquer specific tasks in order to be granted passage to next checkpoint. The final checkpoint would be Mount Slogan, one of the toughest mountain climbs in the world (of course).

After a long helicopter ride, each team was to jump into the water, and swim to shore to then grab a kayak, and kayak down the Fjord, which appeared to be at least a few miles.  Sarah & Jordan won the first checkpoint, followed by Jenna & Jay, and finally Theresa & Leroy, who had issues with the swim.

The teams had to change and then trail and road run to the start of the next check point that was a sentence scramble.  There was a 5 word sentence that had to be unscrambled across a bunch of stones.   Sarah & Jordan won again, Theresa & Leroy, who made up their lost time, and finally Jenna & Jay, who fell where they should have and ran out of guess time.

In what appears to be a trend the teams had another trail run to the next checkpoint, this time through cows and goats, to what was no ones favorite, the dreaded eating/drinking challenge.  They had to play a modified version of flip cup wherein they first drank some gross crap, and then had to flip a coaster on top of the empty pint glass of gross crap.  Fastest team to flip a coaster would move on.  You got three tries to flip a lid before you had to drink the next gross pint.  Sarah & Jordan won again, followed by Theresa & Leroy and finally Jay & Jenna.  (Sidebar: Jay quitting is the absolute bitchiest thing I’ve ever seen)

Checkpoint 4: Get Your Rocks Off

They had yet another trail run, only this time they had to pick up 5 big rocks to carry to the checkpoint. They then had to toss five rocks into a giant pot (similar to a pot of gold).  If they missed, they had to run back to the rock pile get more rocks and toss in 5 total. Before each round of 5, they had to suck down a tube of Caviar. Surprisingly a lot harder than it looked.  For the first time in the game, Theresa & Leroy caught up to Sarah & Jordan and the teams were deadlocked.  Sarah & Jordan were able to get out first because the 30 min time limit expired, so they technically won that round, but Theresa & Leroy still made up ground.

They had a road run to an area where they were to get on mountain bikes and do a long ride.  Sarah & Jordan had a decent lead again, but Sarah’s case of the pukes came to bite them in the ass and Theresa & Leroy closed the ground again.  After the bikes the ran up to a rest stop where they could either sit by the fire or sleep on a pallet in below freezing temperatures.

In the am, TJ informed the remaining teams of their 10k mountain climb and the fact that it is an elevation of 5,200 ft and it is one of the toughest climbs in Europe.  First to get to the top wins, but because Sarah & Jordan won the day, they got a 5 min headstart.  Theresa & Leroy made a close game, but ultimately that 5 min headstart was what won it for Sarah & Jordan, who took them by probably a minute or two.

1. Sarah & Jordan: $250,000 – They played the best game all season, top to bottom, and Sarah’s move late is the season is what won it for them.  I can say that without hesitation.  I guess the good guys won?

2. Theresa & Leroy: $70,000 – I think if you put this team together from the jump, you probably have the best team in the house.  It’s great to see Leroy get to finish, and maybe Theresa will chill out on the crying now…

3. Jenna & Jay: NO MONEY –  Jay is the biggest bitch on earth.  Knowing TJ hates you is nothing I could ever live down.  And you wonder why everyone wanted you in the final.  Never come back on this show ever again.  Jenna, wasn’t much better, but at least she had balls and would have continued if you could.  I hate quitters so hard.

So there we go.  Another season in the books and I’m already pumped for the next one.  See you next season!

Also, kudos to MTV for finding a way to air the season without completely exploiting the losses of both Diem and Knight.