The Great Casting Challenge Part I

Home » All Featured » The Great Casting Challenge Part I 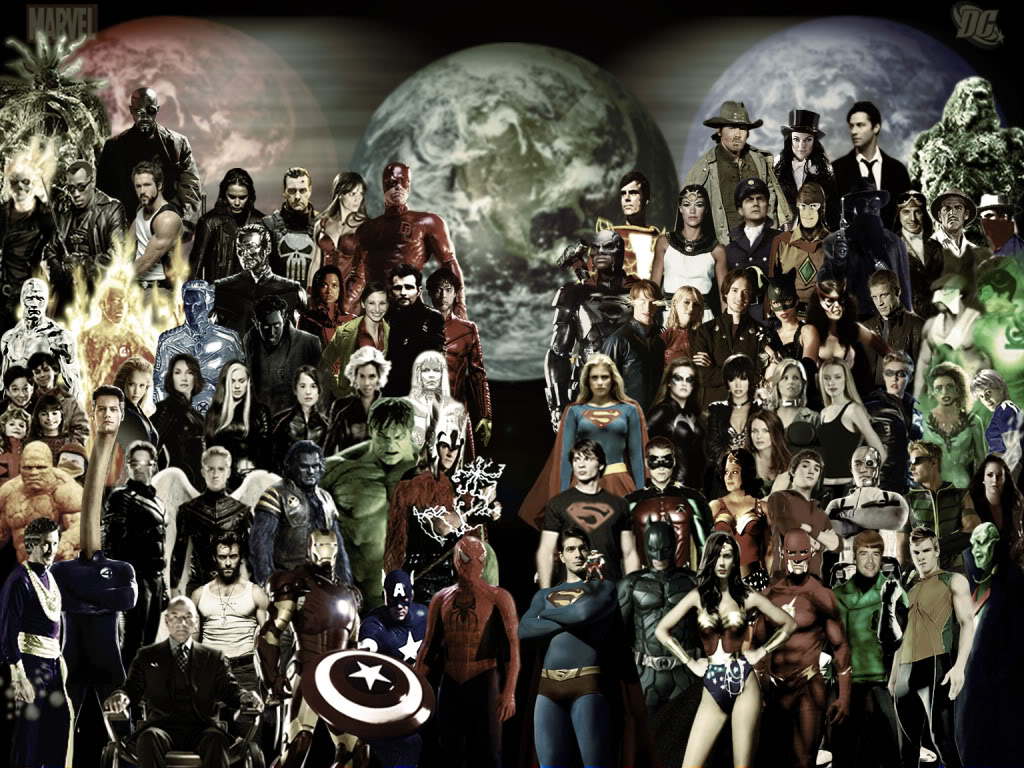 It seems this Ben Affleck casting caused quite a stir. As the news was dropped and the debris laid to rest, fans were up in arms over their fallen hero, Christian Bale. The thing is the Batman recasting would’ve had to happen eventually.  Just as all comic book movie stars will have to be recasted eventually.  So to avoid another commotion we’re here to help. We want to help plan ahead for these comic book franchises, both new and old, released and unreleased.  So this is our 3 part series to give Hollywood a blueprint to deal with the future of their comic book movies.  We will cast comic book characters based on 3 categories; 1) “Please don’t fuck this up”, where we’ll cast comic book movies not yet made, but we think should be; 2) “You already fucked up but we’ll see if we can save it”, where we’ll recast the movies Hollywood ruined in a bad way, i.e. Green Lantern; and lastly 3) “That’s a tough act to follow”, where we’ll recast the best casted characters in an attempt to prepare the franchises when their star actors move on.

Part I: Please Don’t Fuck This Up

Lobo (I’ve heard rumors of Lobo, the bounty hunter from the Superman universe getting his own movie, he’s a good character):

Nichole- Jason Mamoa. He’s got the look and the GoT following. He’s definitely gained more popularity since portraying Drogo (we won’t mention Conan…) I think if given the chance, he could pull Lobo off.

Michael- The Rock. While I do love the idea of JMamo’s physicality, I don’t think he could bring the humor of the character to the table. Unless they go with the inferior New 52 characterization of Lobo, this movie NEEDS to be funny. I kind of always saw him as DC’s Deadpool anyhow. Even though Ron Pearlman is my dream casting for the part, I think The Rock would make this movie too hot to pass up at the box office.

Cargile- While I like the idea of Jason Mamoa and how much that would please Game of Thrones fans, I just don’t know if he can match the star power of the Rock.  I think without makeup Mamoa is much closer to the image of Lobo, but the charisma of the Rock is undeniable. I can’t say no to the man that saved the Fast and Furious franchise.

Spawn (I know this was technically done already, but it wasn’t terrible and it was prior to this era of Hollywood, so I’m treating it as new):

Nichole- This one was kind of hard, seeing as how Spawn is pretty much covered up most of the time. But I’m going to have to say Common. I regularly watch Hell on Wheels, and Common’s acting ability has surprised me. I’m pretty sure he’s into comic book movies, too.

Michael- I dig Spawn. I don’t think his original movie get enough credit for really keeping the superhero movie alive during the Dark Ages of Fandom where everything was rubber nipples. But since it’s too late to do a sequel to that tonally perfect film, I think it would be dope if they brought a live-action series to the small screen. Imagine a Wire-esque procedural show in a superhero/horror universe. I think that would be the dopest. So my casting for Spawn would be contingent on marketability and cost. Though I’d love to see Jamie Foxx or Anthony Mackie take the lead on the big screen, my hands down pick would have to be Chad L. Coleman. Many of you will remember him from The Wire or The Walking Dead. I think overall, he has the physicality and the acting range to portray a man brought back from the dead to fight in a metropolitan hell.

Cargile- Oddly enough, I like a combination of both your ideas.  I think if Spawn was ever to hit the big screen again I’m going to offer my own opinion and say Idris Elba should be approached.  His work in Luther alone should be enough for casting directors.  But now I like the idea of Spawn being a TV series and in which case I might like the sounds of Common.  My only fear would be it turning out like Blade the series which was actually good but I’m not sure Sticky Fingaz ever got taken seriously, which is what held that show back.  My final vote is Idris Elba, big screen.

Ms. Marvel (I think this movie could be an awesome prequel to Rogue movie.  Plus then you have Ms. Marvel for the new Avengers, just saying):

Nichole- Katee Sackhoff all the way! Starbuck is one of my favorite fictional characters of all time. She even seems to be a fan favorite for this part (well, based on the amount of photosets and fan art floating around tumblr.) With a large Sci-Fi following, Katee possesses a great balance of toughness and wit. She’s even expressed a desire to play this part!  http://www.comicbookmovie.com/fansites/notyetamovie/news/?a=80314

Michael- Now many of you know how I like to be a little “avant-garde” with my fantasy casts, but I’m going to have to agree with Nichole 100%. Katee Sackhoff FTW. I think it would be awesome to see a Ripley-esque superhero in the MCU.

Cargile- I can’t buck the trend too much.  And I just listened to an interview with Katee Sackhoff and she’s awesome.  Plus she’s in Riddick and was awesome in Battlestar, Nichole you nailed this one.  Katee Sackhoff it is.

Wonder Woman (This one has to be done for the inevitable Justice League Movie):

Nichole- Katie McGrath. I didn’t watch Merlin, but I believe it has a considerable following. Katie has that whole light-eyed, dark haired thing going for her that Lynda Carter has. She’s going to be in the upcoming Dracula series, so no doubt she’ll garner more attention and popularity from that. She also has training with a sword: http://www.youtube.com/watch?v=p_SH5D0BRQ4

Michael- Lucy Goddamn Lawless. I don’t care that she’s 45. Hollywood didn’t just miss the boat on this one. They woke up late for train and now there are delays, so now they have to hop on a shuttle bus to the boat which already left. Subsequently, the boat crashed into an ice cap and years later the whole event was turned into a movie with Leonardo DiCaprio and Kate Winslett. Yes there are tons of sexy young people that could be cast in the role, but I think Wonder Woman should be like Wolverine and Thor mixed into one film. She’s a goddamn warrior. She even killed Ares recently, so now shes the new god of war. I want to see the new god of war give the man of steel a run for his money. I think that Lucy Lawless should have had the chance to do this a million times. I can think of a million girls who could play this part, but Lucy Lawless has always been the Wonder Woman we deserved, and it’s a shame the character doesn’t have a movie or a TV series post Lynda Carter.you could focus on many things with Wonder Woman, but aside from the beauty, elegance, and majesty of the character, she is a violent protector. I’d love to see a film about her moving to america  in WWII, and protecting Themyscira from a Nazi invasion with the aide of Steve Trevor… I’d die happy.

Food for thought: If I had to cast young…I wonder what Rebecca Hall or Jennifer Garner could bring to the table…?

Cargile- So I like where your heart is at with Lucy Lawless, but that ship has passed I think.  If we’re going with the origins movie first, I tend to lean towards a lesser known actress.  I think it’s always good when a comic book character can become synonymous with the actors that play them, so with that I lean towards Katie McGrath, but if they are saving Wonder Woman purely for the ensemble movie, you can take a bit of a chance.  If so I’m going to nominate Olivia Wilde.  She has the angular face that’s gorgeous and tough looking at the same time. I think if she took the role seriously she could bring an interesting twist to it.

Well that’s it for Part I.  Next we’ll be exploring the franchises that need resuscitation in Part II: “You already fucked up but we’ll see if we can save it”.  Share your casting thoughts below.  I’m sure everyone has their own opinions.