Brooklyn Gets Invaded By MTV 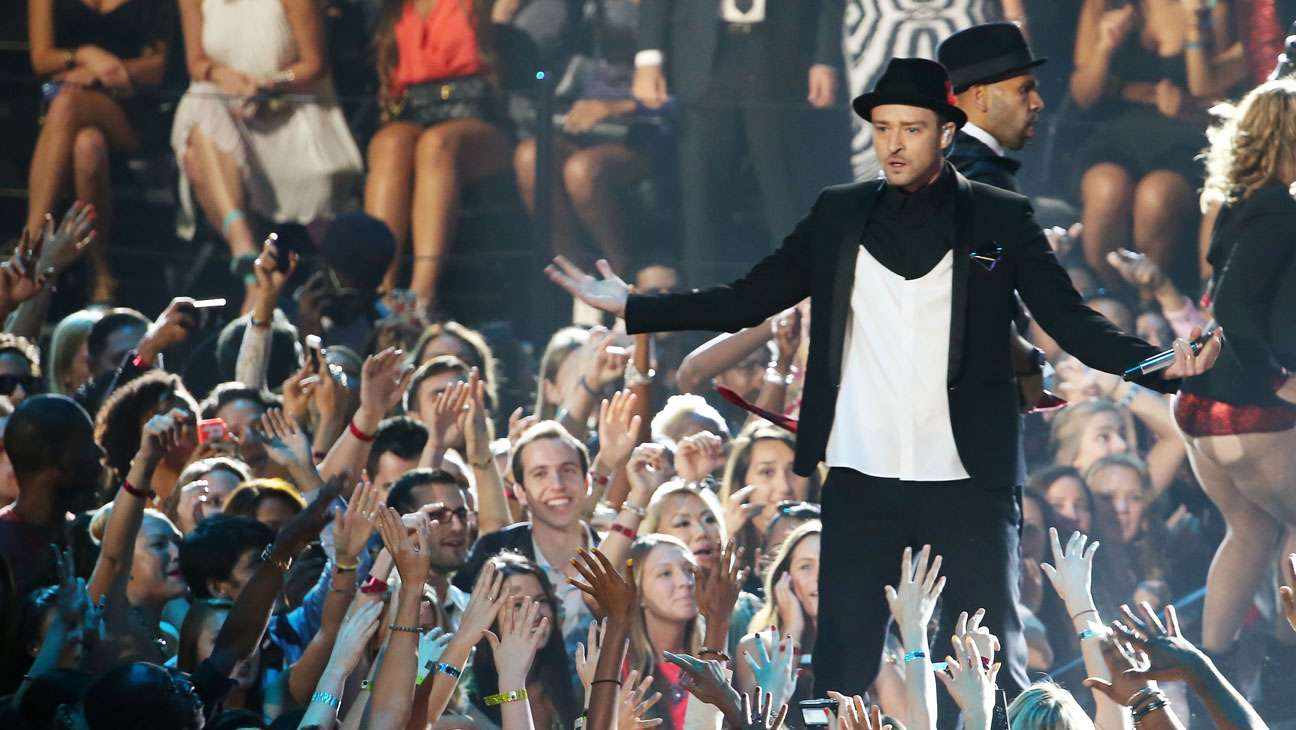 I live about 3 blocks from the Barclays Center.  So this Sunday I was swarmed in my area of residence by a mass of people who may not live in Brooklyn, but definitely dressed the part.  Everyone looked like some caricature of what Brooklyn is.  I barely fit in, in Brooklyn on an average day (not quite hip enough), but I certainly wasn’t fitting in Sunday.  In all honesty I played the obvious part of jaded New Yorker number 3, as I biked around my neighborhood, dodging every person trying to get noticed with their wacky outfits and not paying attention to cross walk signs.  I definitely had a bit of a high horse moment when I said out loud at a red light, “man these people suck.”  It’s an odd luxury we earn living in New York.  We get the benefit of these things happening literally around the corner, and we get to act like we’re so much better than it.  I say this cause I was put in my place, for the 10 minutes that I did watch the VMAs.  Admittedly I only saw some of the show here and there (remember I’m too cool for MTV now), but one of the moments I did see was when Lil’ Kim came out to give an award or introduce somebody, I can’t remember.  And she gave an awe-like reaction to what I guess is the first award show to be hosted in Brooklyn.  That’s when I realized, I guess it does say something.  I live a block away from Myrtle Avenue, and I can recite plenty of rap songs that referred to it as Murder Avenue.  So I ate my crow and realized, that while I might not be down with the whole world wanting their piece of Brooklyn, I was no different then them when I moved here and brought my gentrifying means of living with me.  So to Brooklyn, I love you, and to MTV, props for being the first of many award shows that I’m sure will try and christen the new Brooklyn as their own.  And I’ll do my best to remember this lesson going forward.

Here’s some thoughts on the show from our other crow eating writer (She defended Miley in an earlier article this year), Justine Kolsky:

There a couple of takeaways from last night’s VMAs and performers ; Taylor Swift never stops dancing, JT absolutely killed it and, and Miley was more than a disappointment.

Why at every award show is there a camera constantly on T.Swift? We get it, she likes to dance. Who cares? Her white girl dance moves are funny for the first 2 minutes and then it gets old. We want to see the performers, not her moving her arms around and dramatically lipsyncing to every song.

Jimmy Fallon carefully named Timberlake as the “President of Pop” as to not replace the late Michael Jackson, but we all know the deal. JT is an absolute beast. An insanely handsome, talented, funny, smart(..sorry), beast. . He performed for 15 minutes straight, singing anthem after anthem without skipping a beat. The crowd was going fucking nuts. And then, it happened. JC, Chris, Joey, and Lance joined Justin for a two minute NSYNC reunion and that was it. You can’t top an NSYNC reunion. Gaga was going crazy and One Direction didn’t understand because they were 4 years old when NSYNC was taking over the world. Their two minute reunion blasted social media as if Justin Timberlake went up to every fan personally and had sex with them. For people not in the NSYNC/Backstreet Boys generation, I feel sorry for you because you will never be able to understand how fucking great that moment was.

And lastly, Miley. I defended you in saying that you were just trying to discover who you really were but I just can’t defend what happened last night. You’re a twerk machine, I’ll give you that. But what’s with the tongue? I don’t need to see you’re obnoxiously long tongue touching your chin while you exit a giant stuffed bear.  And the foam finger? Robin Thicke is a married man, keep your hands(and foam fingers) off of his junk. And motorboating some large woman’s buns? That can’t be sanitary. You’re now just causing a scene and I worry that you’re the next Bynes. I didn’t think it would have to come to this, but it appears as though it has. Lock it up, Miley.