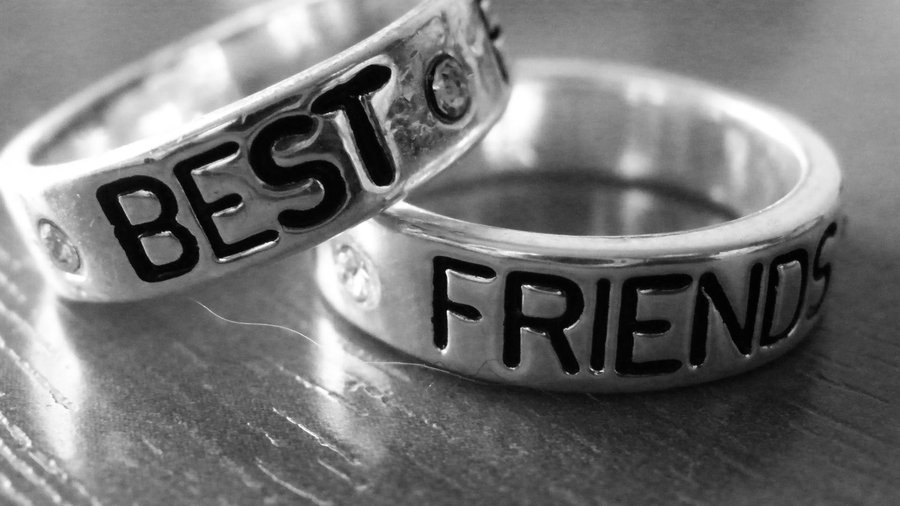 We all have friends we have fallen out of touch with. There’s a reason for it. If you find yourself having to make a conscious effort just to hold onto a relationship, it’s probably because you’ve grown apart. That’s ok. The girls you remain close with have remained close for a reason. You can tell them anything, even if you know it may sting. You know that if you neglect to speak to them for a few days, weeks, or months, when you do it’s like you haven’t skipped a beat. Don’t try to hang on if it’s more effort than reward. If you want someone in your life, you will be able to keep them there with ease. You’ll never have to worry about reaching a quota of phone calls and nights out just to validate your friendship. Gal pals are 100% quality versus quantity. If you don’t like someone, nobody has a gun to your head forcing you to be friends. Make your own decision, but realize a good gal pal when you have one. It doesn’t matter if you met her 20 years ago or 20 days ago, you know when you’ve found a true gal pal. A girl that you can speak to for hours on end or sit in silence but both scenarios feel equally comfortable. Don’t force friendship, it won’t stick.

Don’t be that girl. The one that gets a boyfriend and then BAM you never see her again. Until one day, she gets dumped and suddenly she’s calling you nonstop trying to go out every night to meet guys and get drunk. Be present in your friendships, always. If you have a boyfriend, learn the beauty of balance. If you’re hanging out with your boyfriend every night and can’t remember the last time you saw your gals, there’s an issue. If you’re the single one of your friends and you have a really cute date lined up and right as you’re about to leave you catch a glimpse of your roommate crying into her pillow, cancel the date. There are plenty of men and there’s always the option to reschedule. A true gal pal will be there, they shouldn’t have to ask. Value what you have. The girls that love him when you love him, and hate him when you hate him. The girls that support whatever you do but are honest when you ask their opinion.

You’ll know a true gal pal if you can leave her alone with your boyfriend and not have to think twice about it. A gal that will never go after an ex even if it’s been seven years, who would tell you if your boyfriend made a pass at her at that bar last weekend when you were all out, and a gal that would tell you if you had a piece of food in your teeth or if you had some stank breath. If your gal pal is asking you honestly if she has put on a couple, you should be able to tell her the truth. She’s asking you because she trusts you won’t lie to her face like everybody else. She knows your deepest secrets, your real number of guys you’ve been with, and why you prefer to sleep on the right side of the bed. Even if she’s annoyed at how dramatic you’re being, she’ll calm you down with just a few words you know aren’t true but it’s the thought that counts. Fighting is allowed(sometimes) and you don’t have to agree on everything. Honesty is always the best policy. The important part is that you hear each other out and are able to admit when you’re wrong. If you hate the guy she’s dating, support her until she (hopefully) dislikes him too because she’s never going to want to bring him around if you’re constantly bashing him.

As you get older and friends start  to get married, start families, or move away and start their own adventure, it’s harder and harder to get that girl time in. Be present. There’s no need to be balls deep in your phone or trying to scam on guys when you’re spending quality time with your best gals. You’re with them, the people that are there for you through everything, so enjoy them while they are physically with you.

I call bullshit. You’re the type of girl that would steal a “best friend’s” guy behind her back, tell her deepest secret to anyone that wants to listen, and ditch her for a guy when she’s on the other line crying about something stupid. Take your stupid guard down and allow yourself a solid gal pal (or 10). If you haven’t found one yet, you will. Trust me, they are more important than any guy that will be in and out of your life. If you’re not that girl, hold onto the good ones because they are good for your health.